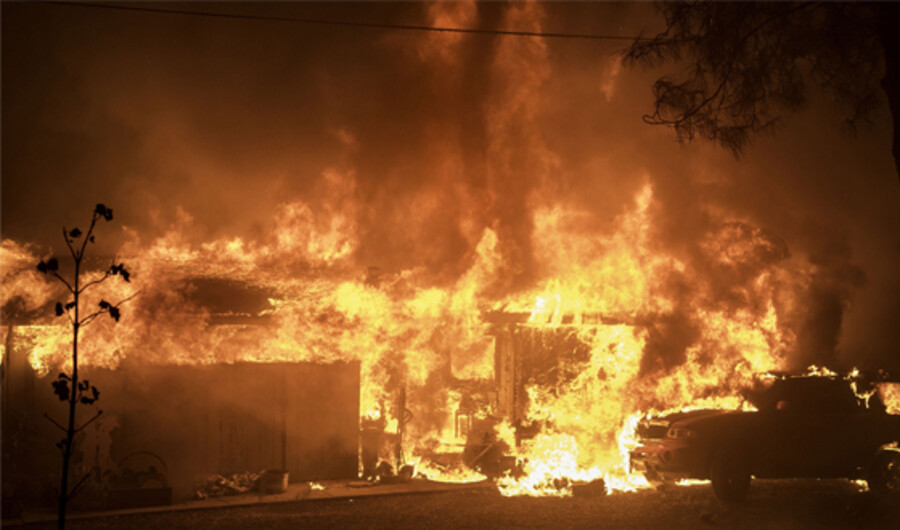 Weather Disasters Cause Record Losses in 2017

The globe experienced no reprieve from weather-related disasters last year according to a report released January 4 by Munich Re, the world’s largest insurance company. In recorded history, there have only been five times where natural disasters have exceeded 600 events per year—and all have occurred within the last six years. 2017 only continued the trend, ending with a total of 710 disasters. According to the report, these disasters will cost insurers a record  $135 billion  in claims worldwide— the highest insured losses ever.

Last year was also the second-costliest year overall for natural disasters. Overall losses, which include uninsured expenses, rang in at $330 billion last year—second only to 2011 when Japan was hit by an earthquake and tsunami.

Though Asia received the majority of natural disasters, it was North America—including the Caribbean and Central America—that was hit the hardest economically  by far! North America alone incurred 93 percent of all insured losses and 83 percent of all overall losses worldwide.

This is primarily due to the onslaught of hurricanes that wreaked havoc on North America in 2017, making it the most devastating and costly hurricane season in the history of the United States.

These hurricanes came one after another, causing unprecedented damage—$215 billion  according to Munich Re, with $92 billion being insured. Who can forget Hurricane Harvey, which began its sweep through Texas on August 25, becoming the most expensive weather-related disaster in American history? Shortly thereafter, Hurricane Irma  followed in its wake, becoming the largest hurricane ever recorded in the Atlantic. Lastly, Hurricane Maria  arrived, devastating Puerto Rico with the strongest storm it had experienced in almost 90 years.

If these hurricanes weren’t bad enough, two earthquakes hit Mexico in September, causing a loss of over $8 billion.

Added to this, California experienced its wettest winter  on record. Though this ended years of drought, hopes were dashed when the torrential rainfall brought floods that inundated hundreds of homes and caused several landslides. The toll is estimated to be around $1.7 billion.

Making matters worse, the lush vegetation that sprang up due to the winter rains soon became fodder for the worst fire season  in California’s history. Losses for just the month of October exceeded $10 billion, most of which is insured. These estimates don’t include the Thomas Fire, which ignited in December and quickly became the largest fire the state had ever experienced. It scorched more than 280,000 acres of land and destroyed over 1,000 structures. Insurance for the Thomas Fire alone is estimated to be over $1.5 billion .

Although North America was hit the hardest economically, Asia experienced the largest loss of life. Two thirds of the estimated 10,000 deaths occurred in the less developed countries of Asia. The deadliest events occurred in India, Nepal and Bangladesh when monsoon rains between June and October caused flooding that killed more than 2,700 people.

There is a general consensus among scientists, supported by evidence, that the frequency and intensity of weather disasters have increased. Why are these events occurring? Millions worldwide attribute this trend to climate change, but “[a]nalysts and experts have dangerously misdiagnosed the cause of devastating weather disasters,” wrote Trumpet editor in chief Gerald Flurry in his recent article “The Deadly Climate Change Deception .”


There is a major lesson that God wants to teach us through these weather disasters. If you would like to learn the real cause behind these catastrophes, you can read Gerald Flurry’s article or listen to his Key of David program titled “The Most Deadly Climate Change Deception .” ▪