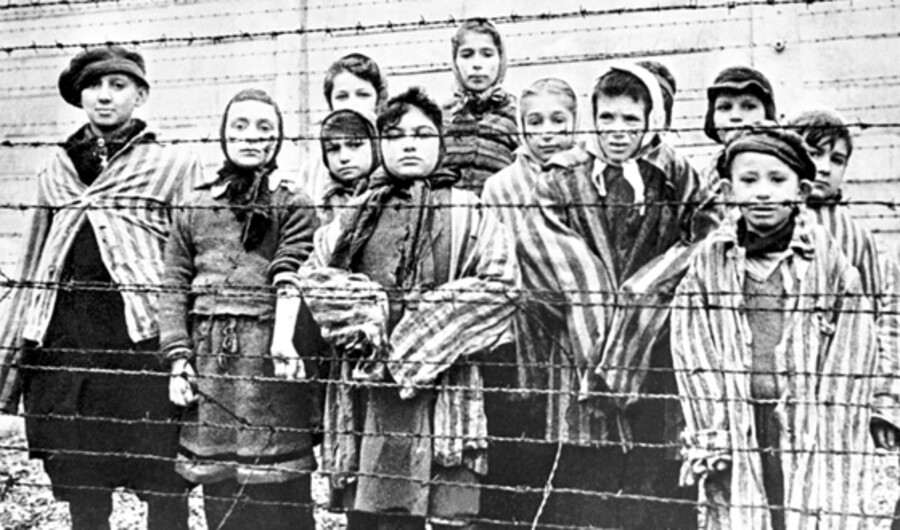 Two Thirds of Millennials Don’t Know What Auschwitz Is

The tragic results of the decline in education

For two minutes in Israel last week, everything stopped. Cars came to a halt on busy highways. Pedestrians stood still. Other than the eerie wail of air raid sirens, the normally noisy and bustling streets of Israeli cities were blanketed with a heavy silence.

April 12 was Israel’s Holocaust Remembrance Day. On this day, the whole nation honored the 6 million Jews who died in the Holocaust.

For these Israeli citizens, this history is real. But for many Americans, the Holocaust is a distant memory—or something they don’t know anything about.

A recent survey by the Conference on Jewish Material Claims Against Germany discovered just how ignorant many Americans are about the Holocaust. Forty-one percent of Americans don’t even know what Auschwitz was. The numbers get even worse when you consider only the younger generation. Two thirds of millennials interviewed—people between the ages 18 and 34—don’t know what Auschwitz was!

Auschwitz was perhaps the most infamous extermination camp in World War ii. More people died in Auschwitz than at any other death camp. You would think that if people remembered anything about the Holocaust, then Auschwitz would at least ring a bell.

Almost half of U.S. adults (45 percent) and millennials (49 percent) could not name one of the over 40,000 concentration camps and ghettos in Europe during the Holocaust.

This is comparatively recent history! And yet a shocking percentage of Americans know literally nothing about it.

Why is that? A big part of the issue is the American educational system. A recent article from The College Fix showed that university campuses today are becoming immoral wastelands with rampant sexual promiscuity and no intellectual curiosity. As one scholar put it, our colleges are becoming “profoundly unintellectual” (emphasis added throughout). Today, it’s more about “accumulating gold stars” than gaining a real education.

When you put that lack of real education together with some recent news stories about the rise in anti-Semitism, a disturbing picture forms. Our young people are not learning the history about the Holocaust—or any other history, for that matter. If we don’t learn from our history, then we are doomed to repeat it.

Jewish communities across Europe are enduring a level of mainstream anti-Semitism “not seen since the Second World War,” the European Jewish Congress has warned.

That chilling message was delivered just hours after Tel Aviv University’s Kantor Center Report on Anti-Semitism Worldwide 2017 was released on Wednesday, which noted that while the number of violent anti-Semitic incidents dropped in 2017 by 9 percent, to 327 cases, all types of incidents—ranging from harassment, vandalism, to assaults—have jumped.

Some of the Trumpet staff went to hear a speech from Melanie Phillips in London on April 12. Her topic was Jews in Britain and Europe, and whether or not it is time for them to leave because it is no longer safe. Well, is it? Are they in danger today the way they were in the lead-up to World War ii? Thanks to our educational system, more and more people are unaware that anything even happened to the Jews in World War ii!

It’s a chilling message, and there are a lot of studies like the one from the Jerusalem Post to back it up. On the one hand, you have widespread ignorance of history—even basic history from as recently as World War ii. On the other hand, you have the alarming rise in attacks on Jews in Europe. Then consider the situation in the Middle East. Tensions are so high there that they are poised to explode into a hot war at any moment. Israel is surrounded by neighbors whose main goal is to destroy the Jewish nation. But if you listen to the mainstream media narrative, it’s all Israel’s fault.

The most recent flare-up of the Israeli-Palestinian conflict was the march against Israel’s border by Palestinians in Gaza last week. More than 30 Palestinians have been killed over the past few weeks. But as the Jerusalem Post brought out, 80 percent of the “victims” were terrorists. Still, Israel is considered the bad guy: What about the 20 percent? They’re killing civilians too!

An article from the Federalist  asked:

Imagine, if you will, tens of thousands of Houthi rebels amassed on the border of Saudi Arabia and trying to cross over from Yemen.

What would be the Saudi response? Better yet, consider the Kurdish population of northern Iraq marching on the Turkish border. Do you think President Erdoğan would be greeting them with sweets and flowers?

In both cases, the ensuing firepower would be devastating and the carnage incomprehensible.

It’s a double standard. Israel is seen as the bad guy for trying to defend its borders. And when civilians die because terrorists use them as human shields, those civilians are the only ones you hear about. The Federalist wrote: “Hamas traffics in the death of civilians, preferably women and children, sometimes real, sometimes staged, always to pull the heartstrings of Westerners.”

We’re so easily duped! So many in the West are products of educational institutions that don’t even teach about the Holocaust or Auschwitz. We are forgetting that history! This is dangerous.

In Hosea 4:6, God says that His people are destroyed for lack of knowledge. These news stories point to a dangerous lack of knowledge in America today. It’s sad and shameful what so many of our young people are receiving in their university educations. If we don’t learn from the terrible mistakes of the past, we are doomed to repeat them.

America doesn’t remember the Holocaust. Israel does. But that doesn’t mean that it can’t happen again—or that it won’t.

To learn more about the importance of knowing our history, watch my father’s Key of David program “Fatal Danger in Not Teaching History.” ▪