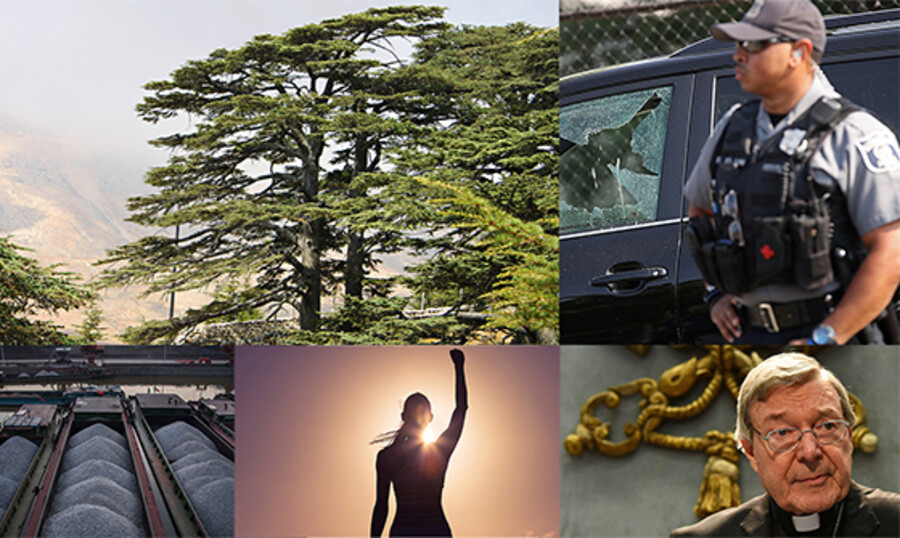 This Week: Five Events You Need to Know (July 9)

The rise of Hezbollah, leftist violence, alpha females and more

The Lebanese terrorist group Hezbollah is proving relentless in its desire to fight the State of Israel. It is using weapons that some people would never imagine. Speaking of weapons, Europe is considering its “nuclear option” in the early stages of the trade war it is already fighting with the United States.

Here are the five of the most important news stories this week, as well as relevant links to the full articles and videos here on theTrumpet.com.

But the terrorist group is also using the newly planted trees as illegal reconnaissance posts along the Lebanese/Israeli Blue Line, an apparent preparation for the next round of conflict with the Jewish state.

Since April, the Trump administration has been investigating whether foreign steel imports threaten American steelmakers and national security. If they do, it might impose tough restrictions and high tariffs on those imports.

While the U.S. investigation is primarily aimed at the effects of Chinese steel imports into the U.S., it could have global ramifications, and Europe is readying a “nuclear option ” to strike back at the U.S.

The Rise of Leftist Violence

“I warned that we [had] seen increased activity from people on the left who are very angry about the Trump administration,” stated Mark Pitcavage of the Anti-Defamation League’s Center on Extremism. “And I said, ‘There’s a real change for increased violence coming from the left.’ But little did I know that my prediction would be confirmed so quickly and in such a shocking way.”

He said that the weekend before the June 14 Virginia shooting of Republican lawmakers by a Bernie Sanders supporter.

Oren Segal, director of the adl’s Center on Extremism, warned: “[W]e’re in a time when we can’t ignore the extremism from the left.”

The Rise of the Alpha Female

She has powerful advocates in fictitious blockbusters like Wonder Woman, “scientific” books like Inferior: How Science Got Women Wrong—and the New Research That’s Rewriting the Story, and in feminist articles like “Why Men Are Truly the Weaker Sex: From Women Being Less Emotional to Having Stronger Muscles, a New Book Reveals Tantalizing Research That Defies Conventional Wisdom.”

Multiple studies, cursory and extensive alike, warn that the alpha female (and her associated beta male) is the chief cradle of trouble, unhappiness, discontentedness, household filth and illnesses in any family with reversed, dysfunctional roles.

On June 29, the third-highest-ranking member of the Roman Catholic Church, Cardinal George Pell, was charged with sex offenses related to the abuse of young boys and girls within the church, the latest and most prominent of such abuses by the Catholic Church in Australia.

During the Royal Commission, the Catholic Church revealed that between 1950 and 2009, 7 percent of Australia’s priests were accused of child-sex offenses. It amounts to 4,444 alleged cases—and these are just the abuse victims who actually came forward.

“This Week” appears every Sunday. To get these same top stories in your inbox ahead of time every Friday afternoon (plus a letter from one of the Trumpet’s editors), subscribe to the Trumpet Brief daily e-mail. Sign up by clicking here or by visiting theTrumpet.com home page . ▪