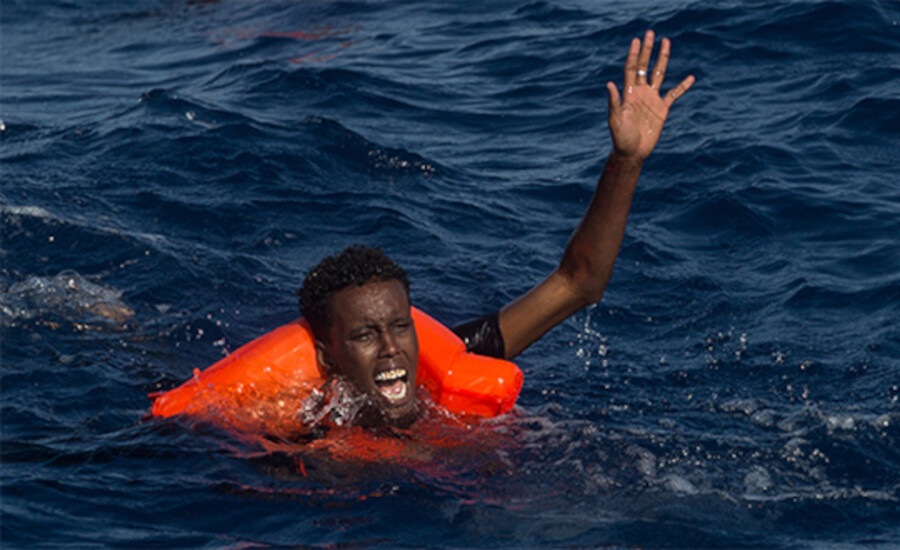 Death on the ocean, on an island, and for the idea of the European Union as we know it

Despite the relative media quiet, the tragedy of Europe’s migrant crisis still rages.

To get a sense of it, imagine, for a moment, you are a part of the crisis. It’s hard—probably impossible—but do it anyway.

Say you’re a Nigerian, fleeing the country because Boko Haram, a terrorist group affiliated with the Islamic State, massacred people in your hometown. You’ve probably heard of the route across the Mediterranean to Italy—nearly 1 in 7 of the 100,000 people who’ve done it this year are Nigerian.

But there are thousands of kilometers to travel from Nigeria to Tripoli, Libya. If you make the journey to Libya, you might go through Sabha, an oasis city of 130,000 people who saw 180,000 migrants pass through it last year. You’ll want to avoid the slave markets, where West African migrants like you are sold and sometimes ransomed back to their families.

If you get to Tripoli, you’ll probably have to give your life savings to a smuggler who’ll pack you on a crammed boat crossing the Mediterranean to Italy. That’s where most migrants are headed now, because of the European Union’s deal with Turkey to shut down the route into Greece. But your boat won’t be huge and stable, transporting 500 to 600 people at a time. That’s rare nowadays. It’s more likely to be a rubber dinghy, which make up nearly 70 percent of boats leaving Libya.

If you’re really unlucky, like the estimated 2,000 migrants who have died or gone missing on the Mediterranean this year, that would be the end of your journey. Or if you’re slightly less unlucky, like those who sailed on May 10 or 23 , the barely functioning Libyan Coast Guard will pick you up. But not before firing shots into the air or at scared migrants who’ve jumped into the ocean. They might even take your money and phone. And then you’ll be back in Libya, where all undocumented immigration is criminal—even if you seek asylum—and there are stories of arbitrary detentions, torture and sexual violence against migrants.

The worst possible situation, like over 2,000 other migrants, is drowning on the journey.

But if you’re lucky, you’ll get picked up 12 miles off the coast of Libya by the Italian Coast Guard—working under Operation Sophia. Any EU-operated boat won’t return you to Libya, because the United Nations Human Rights Council (unhrc) determined it’s too dangerous. Libya has its own civil war—and doesn’t meet the minimum “place of safety” requirements.

Then you’ll be in Italy, where they don’t want you and the surrounding nations are shutting their borders. Austria just sent four armored vehicles to its southern border and is threatening to send 750 troops to stop migrants . If you arrived in time, you’re lucky. Italian politicians say they’re under “enormous pressure” and are threatening to shut down their ports.

Or perhaps you’re a Syrian who fled through Turkey to Greece. Your countrymen make up a huge proportion of those seeking Europe. Around 70,000 migrants are still there , with you, waiting. The route you took has died out since Germany’s Angela Merkel made a deal with Turkey’s Recep Tayyip Erdoğan in 2016. In March 2016, over 1,400 people a week made the journey. This year, in March, the number was down to 27 a week .

Again, if you’re lucky, you might be on the Greek mainland. If not, you’ll be on one of the Greek islands, where the migrant limit is 8,759, but there are actually 12,963 of you there . Migrants overflow the place.

Merkel’s deal with Turkey was supposed to involve relocating migrants back to Turkey. The difficulty is people don’t think Turkey is a safe place to send them (and your friends don’t want to go back either). So only 916 people have been moved.

Another two deals, you hear, were made in 2015. They were meant to see you and 150,000 other migrants from Greece and Italy transferred to the rest of Europe. That’s failed as well. Poland, set to absorb 6,182 migrants, hasn’t taken anyone . Neither has Hungary. The Czech Republic, required to take in 2,691 migrants, took in 12.

If you’re on one of the overcrowded islands, like Lesbos, you might have gone through the January snows and rains. Maybe you were in the same situation as Mazar Ali, 23, from Afghanistan , whose tent was destroyed; he slept outside in the snow for three days before a replacement tent arrived. “You feel like being in a big prison here on the island. Many times, I feel I can’t breathe freely,” he tells you.

Or like Arash, 30, from Iran , who has tried committing suicide on the island three times already. He tells you the “conditions here remind me of the prison in Iran, the nightmares, the threats and the torture.”

Maybe you’re on the other side of the crisis: the European politician trying to save his people and civilization.

You could be in Austria, where the right-wing Freedom Party is gaining momentum for the October election—if you don’t do something about security and immigration, you might find in a few months that you’re out of office and have lost the chance to do anything.

To your citizens, you have to explain what to do about the grotesque rapes by Afghani immigrants—who have been arriving by the tens of thousands since 2015—are committing. These aren’t just your German, Cologne-style, sexual harassment cases. These are weird and incomprehensible stories where women walking with their children are attacked in broad daylight or while sitting on a train . Rape attempts so obvious to the public that it baffles the minds of onlookers to figure how Afghanis believe they can get away with it.

Or you could be a Czech politician, where your Foreign Affairs minister reminds you that in some Eastern European countries “the most vulnerable inhabitants are often poorer than the incoming migrants themselves .”

Lastly, you could be in Hungary, sitting in on a speech by your president, Viktor Orbán. He’s talking about the Ottoman Empire’s occupation of your country from 1541 to 1699 (emphasis added):

I think we have a right to decide that we do not want a large number of Muslim people in our country. We do not like the consequences of having a large Muslim community that we see in other countries, and I do not see any reason for anyone else to force us to create ways of living together in Hungary that we do not want to see. That is a historical experience for us.

If anything’s clear from these stories, it’s that migrants are still suffering and political Europe is still convulsing. Angela Merkel has managed to plug a hole in the Turkey route. But that’s all. The migrants remain—unprocessed—and keep coming from Libya to Italy. A new route into Spain is emerging as well.

There is a literal “push” from the Islamic world with migrants entering Europe. And as the Trumpet has analyzed it since the major push in 2015, it’s leading to big questions and answers on how the European Union functions. Can it maintain open borders? Can members be forced to take in migrants they don’t want? Will Germany dictate the major rules for the rest of Europe? And while the critics prophesy the collapse and end of the European project, Germany and France use the situation to push for greater unity.

The situation brings to mind a critique the former German Minister of Defense, Karl-Theodor zu Guttenberg, often puts forward. Europe never sat down and debated a constitution. Unlike the Americans, they never sat down to write the European “Federalist Papers.” An opportunity like the migrant crisis provides the opportunity to ask: What does an EU that works look like—and how do we change to make it happen?

European countries that do not respect the rules should pay the full political consequences. There is a double betrayal. They decide to abandon EU principles, turn their back on Europe, and have a cynical approach to the Union which gives them money, without respecting its values.

What happens to those nations abandoning EU principles? Trumpet editor in chief Gerald Flurry has consistently backed up Herbert W. Armstrong’s forecast that the European Union seen today will slim down to 10 nations, or 10 kings . The migrant crisis, with all its visceral horrors, provides a catalyst for European change. This, along with Europe’s other problems—Brexit and the ticking financial bomb, will give Europe a chance to refigure. If they get to write their European Federalist Papers this time, it’ll have the right number of states. ▪ 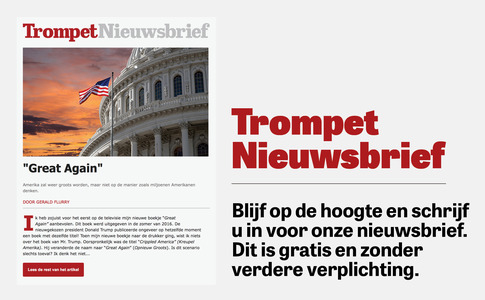