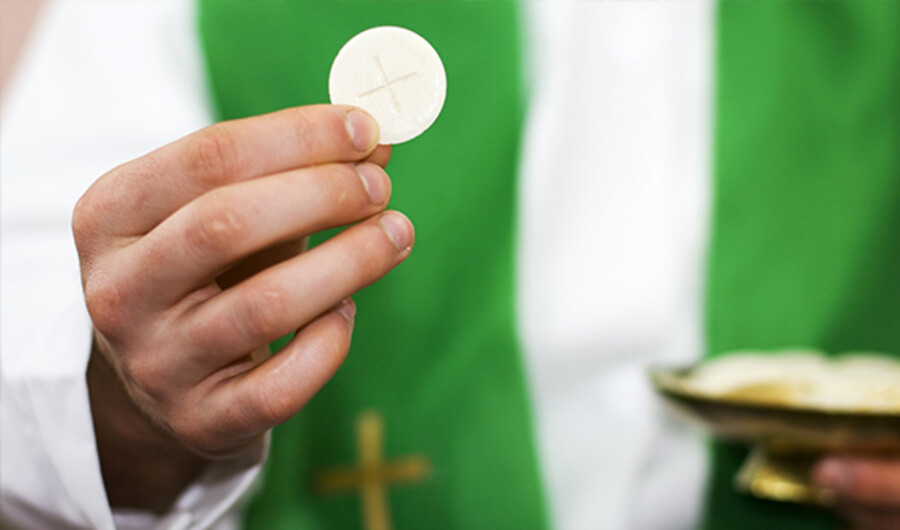 All steps toward unity between Catholics and Lutherans are tremendously significant.

The chairman of the Catholic Church’s German Bishops’ Conference made an important announcement on February 22. Cardinal Reinhard Marx disclosed imminent new  guidelines  for when non-Catholics may receive communion. Marx announced that Protestant spouses of Roman Catholics could receive communion “under certain conditions.”

The pastoral handout is yet to be released, but according to press reports, the conference agreed that the Protestant spouse of a Roman Catholic could receive communion after affirming a “longing to satisfy a hunger for the Eucharist.” They may only do so after they undergo a “serious examination” of conscience with a priest or another person with pastoral responsibilities to affirm their “Catholic faith in the Eucharist.”

The former Prefect of the Congregation for the Doctrine of the Faith, Cardinal Gerhard Müller, opposes the plan. In an interview with the Catholic newspaper Die Tagespost, he said that progress toward unity between Catholics and Protestants is “desirable and necessary.” But he warned that there must be no “protestantization of the Catholic Church.”

The Lutheran ecclesial community in Germany, however, has been hoping for steps toward intercommunion between Catholics and Protestants. In December 2016, their website reported that Bishop Franz-Josef Bode of Osnabrück was hoping for official recognition of what was already occurring in many places: Protestants going to communion with Catholic spouses. The website quotes him as saying, “We have to give a foundation to what often already is in place in practice.”

Pope Francis appears to be aloof to this debate. Back in 2015, he inferred that the Lutheran wife of a Catholic husband could receive communion if she acted in accordance with her conscience. During a question-and-answer session at a prayer service in Rome’s Evangelical Lutheran Church, he urged the woman to “talk to the Lord” about receiving communion “and then go forward.” But he added that he “wouldn’t ever dare to allow this, because it’s not my competence.”

Going forward, it looks like the German Bishops’ Conference will allow Protestant spouses to take communion in spite of the fact that some traditionalist bishops oppose the move.

The two largest churches in Germany are the Roman Catholic Church and the Evangelical Church of Germany, which is a confederation of the Lutheran and Reformed churches. As of 2016, the Catholic Church has 23.6 million members in Germany; the Evangelical Church has 21.9 million members. These two churches together represent almost two thirds of Germany’s population. Any type of intercommunion between these two organizations is tremendously significant. If Germany’s Catholic and Lutheran populations work together, they can dominate the politics of the most powerful nation in Europe.

Many say Catholicism could split over issues related to divorce, remarriage and intercommunion. But the Bible states that there will be no major schism in the Roman Catholic world. In fact, the Bible forecasts that Catholicism will not only remain united but will actually reabsorb Europe’s Protestant denominations.

The Bible often uses the symbol of a woman to represent a church (2 Corinthians 11:2; Revelation 19:7; Ephesians 5:22-27). Isaiah 47 describes a specific church that it calls “the lady of kingdoms.” She exerts power over many nations, but she has protesting daughter churches. She vows to bring her daughters back into the fold, saying, “I shall not sit as a widow, neither shall I know the loss of children” (verse 8).

Herbert W. Armstrong, who founded the Plain Truth (predecessor to the Trumpet), has taught since the early 1930s that scriptures such as this one describe a coming union between Catholics and Protestants. Notice this excerpt from the October 1961 Plain Truth (emphasis added):

The pope will step in as the supreme unifying authority—the only one that can finally unite the differing nations of Europe. The iron jurisdiction over both schools and religion will be turned over to the Roman Catholic Church. Europe will go Roman Catholic! Protestantism will be absorbed into the “mother” church—and totally abolished.

This forecast wasn’t a random guess; it was based on Bible prophecy. In order to build and influence this church-state superpower, the Catholic Church will make strategic compromises—standing firm in one area, compromising in another. Scriptures in Isaiah 47 and Revelation 17 clearly reveal that the old Holy Roman Empire, influenced by the Vatican, will be resurrected one last time.

To understand what the Bible says about the religious system that will dominate the Western world during the last days of man’s rule over man, request a free copy of Mr. Armstrong’s booklet Who or What Is the Prophetic Beast?  ▪