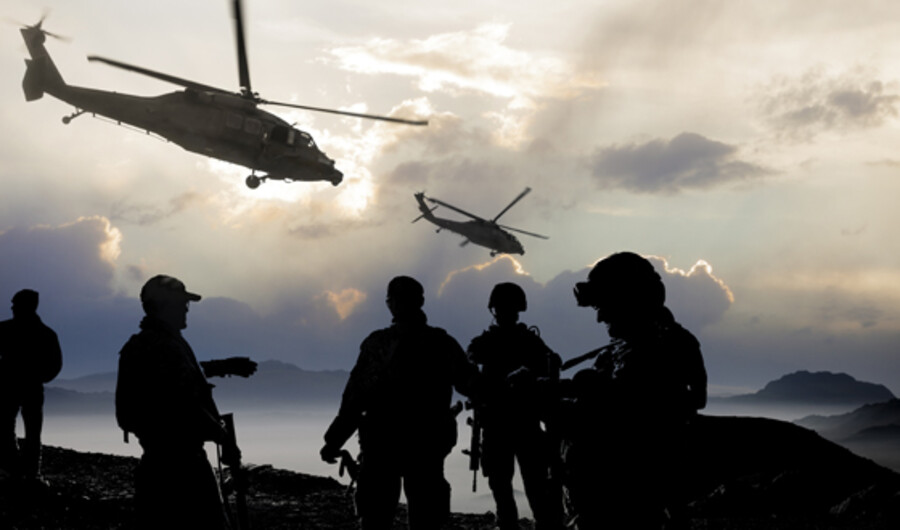 Worldwide defense spending will increase next year to its highest level since the Cold War.

Next year, worldwide defense spending will reach its highest level since the end of the Cold War, according to  Jane’s Defense Budgets Report  published by  ihs  Markit on December 18. The report predicts that the world will spend $1.67 trillion in defense next year. This marks the fifth year in a row that global defense spending has risen significantly.

As world conditions destabilize, many countries around the globe are reacting by increasing their defense spending. The causes for the increase are different by region, but in numerous regions the trend is the same.

United States President Donald Trump’s plans to boost American military spending is the main cause for the increase. Since the U.S. accounts for 40 percent of total money  spent on defense worldwide, any change in the American budget plan has widespread ramifications. President Trump’s budget plan included a sizable increase in defense spending, after the previous administration’s massive defense spending cuts.

Spending in Western Europe has increased steadily since 2015, mostly due to the Russian threat. In Eastern Europe, concerns about Russia’s increasingly aggressive foreign policy have spurred the region to have the fastest growing rate of defense spending in the world, especially after Russia invaded Ukraine in 2014.

China, the second-biggest defense spender in the world, is predicted to spend $203 billion on defense next year, compared to the U.S.’s $673 billion. In the global lineup, the United Kingdom comes fourth, Russia sixth, Japan eighth and Germany ninth.

The spending trend naturally has experts worried. As Bloomberg wrote on December 12, “The world needs a new way to encourage peace, security and mutual trust. Instead, it’s getting more weapons.” In the November 2015 Trumpet magazine, Richard Palmer wrote  about how the steady decline of American influence has created three global arms races—one in Eastern Europe, one in the Middle East, and one in Asia:

This dramatic shift away from America’s super-dominant military spending points to the common reason behind the jump in arms spending everywhere else. America is retreating. Its allies don’t trust it. More aggressive nations around the world are becoming emboldened.

Take Europe. Russia has been acting aggressively for some time. In 2008, it invaded Georgia. This invasion, however, did not prompt an explosion in defense spending from other nations. Eastern Europeans were scared, but instead of spending more, they turned to America for help. They asked America to station missiles on their territory. These permanent bases would help guarantee that America would come to their aid if they were attacked.

America has since backed away from those missile bases. It has consistently refused to stand up to Russia. Moscow recognized this as an invitation to act even more boldly. So now, it is spending more and becoming more aggressive. At the same time, Europe got the message that it cannot depend on America. After Russia invaded Ukraine, European nations looked to European planes, tanks and troops—not American ones.

The story is the same in the Middle East. America has never done enough to prevent Iran from getting a nuclear bomb; however, by negotiating the nuclear deal this past year, it essentially made a public declaration that it will never stand up to Iran. Unsurprisingly then, Iran has become more aggressive, and Saudi Arabia and other states have concluded that they cannot trust America and had better prepare themselves for war.

This story line is also playing out in Asia. The Chinese have watched how America dealt with Russia and with Iran and concluded that they can act aggressively without fear of America standing up to them. Other Asian nations are concluding that they cannot rely on America.

These three global arms races and the instability they are bringing are all directly caused by America’s retreat from policing the rest of the world.

The American superpower has kept the peace worldwide since World War ii. But with America turning isolationist and Britain floundering through the bureaucratic quicksand of Brexit, the world order is changing.

The increased spending is a symptom of this new order—that we’re moving into a time where America is no longer keeping the peace. Trumpet managing editor Joel Hilliker discussed this time in his article “What Happens After a Superpower Dies?”:

We are all about to learn firsthand. …

Look at the powers that are poised to take over in America’s absence, and it quickly becomes clear: Two centuries of Anglo-American rule are about to be superseded by something very different.

Historically speaking, the fall of an empire is a dangerous time. As Roberts warned, “[T]he most costly wars in modern history have arisen whenever there is confusion about which is the world’s preeminent power” (ibid). …

The truly remarkable thing is, this cruel era was specifically prophesied by Jesus Christ.

Though this fact is ignored by many Christians today, the Bible is a book full of prophecy, from Genesis to Revelation. There is so much that it’s not possible to truly believe the Bible is the Word of God and not study prophecy. …

Christ said that the people of “Jerusalem” would “fall by the edge of the sword, and shall be led away captive into all nations: and Jerusalem shall be trodden down of the Gentiles, until the times of the Gentiles be fulfilled” [Luke 21:24].

Who are the Gentiles? If we want to do what Jesus Christ said and watch for this sign, we must know. …

Christ prophesied that we are about to enter a time when America’s and Britain’s global influence will be snuffed out, and Gentile powers—that is, non-Israelite nations, specified in other prophecies—will wreak unimaginable havoc on the Earth. Jerusalem, the literal city located in modern-day Judah, will be “trodden down of the Gentiles.” …

This seismic shift in geopolitical momentum—away from America and toward a clutch of non-Israelite, Gentile powers, accompanied by an escalation in brutal violence and war—is actually good news, ultimately. It is one of the signs Jesus Christ gave of His imminent return!

The darkness and evil that are about to flood this globe presage the most wonderful news in human history!

To learn more about these times and what they are leading to, read “What Happens After a Superpower Dies?” ▪